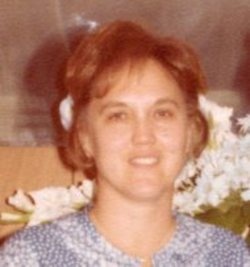 Funeral services will be held 2 PM Thursday, October 17, 2013 at Pike Funeral Home, Boyd Chapel, 9191 Red Arrow Hwy, Bridgman with Reverend Christopher Noffke officiating. Friends may meet with the family on Thursday at the funeral home from 1 PM until the time of the service.

Jeanette was born December 19, 1943 in Three Oaks the daughter of Robert Merlyn and Esther Belle (Shepherdson) Payne. She was preceded in death by her first husband, Walter Eaves in 1973. Jeanette married Nicholas Balun on August 19, 1978 and he preceded her in death on August 20, 2000. Jeanette was a registered nurse and worked in Home Health Care.

Jeanette was also preceded by an infant daughter, Kristina Eaves.

To order memorial trees or send flowers to the family in memory of Jeanette Balun, please visit our flower store.
Send a Sympathy Card