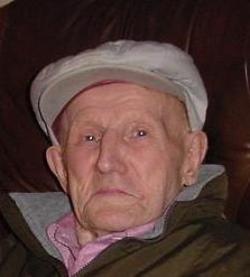 Funeral Services will be held at 11 AM Monday, August 12, 2013 at Pike Funeral Home, Boyd Chapel, 9191 Red Arrow Highway, Bridgman. Burial will be in Lincoln Township Cemetery, Stevensville. Visitation will be on Sunday from 2 - 4 PM.

Jerry was born July 31, 1919 in Chicago, Illinois, the son of the late Emil and Josephine (Rusicka) Zizkovsky. Jerry served his country in WWII as a member of the Third US Army, Company A, 503rd Military Police Battalion in North Africa. He was with the motor brigade for General Patton.

Jerry was also preceded in death by his sister Emily and a long time friend Dorreen Young.

To order memorial trees or send flowers to the family in memory of Jerry Zizkovsky, please visit our flower store.
Send a Sympathy Card