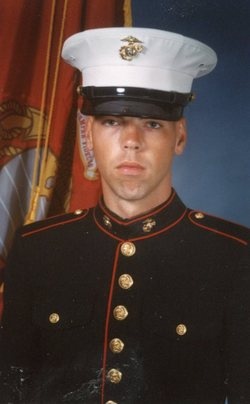 Funeral Services will be held 11 AM Saturday, October 28, 2017 at Trinity Lutheran Church, Glendora, 1733 Glendora Road, Buchanan. Friends may meet with the family from 5 - 7 PM Friday, at The Boyd Chapel of Pike Funeral and Cremation Services, 9191 Red Arrow Highway, Bridgman, MI. Burial will be in Ruggles Cemetery, Baroda. Memorial contributions can be made to the education needs of Jesse’s sons: Connor and Gavin Schmaltz.

Jesse was born Wednesday, October 22, 1986 in Berrien Center. He graduated from Bridgman High School in 2005. Jesse served his country in the United States Marine Corp. He worked at the Hop Head Farms in Baroda.

Jesse was also preceded in death by his grandfather; Arlyn Schmaltz and his grandmother: Sharon Nemitz.


Memorial Donations Memorial donations can be made to:
Education need of Connor and Gavin Schmaltz

To order memorial trees or send flowers to the family in memory of Jesse Schmaltz, please visit our flower store.