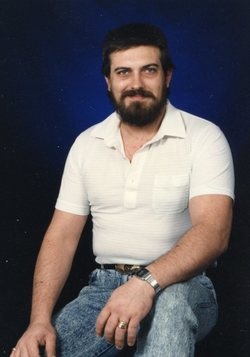 
John Henry Cole, 55, of Baroda passed away on Thursday, November 27, 2014 at Hanson Hospice Center in Stevensville.

A funeral service will be held 11 AM Monday, December 1, 2014 at Pike Funeral Home, Boyd Chapel, 9191 Red Arrow Highway, Bridgman with Reverend Kendall M. Holder officiating. Visitation will be from 10 - 11 AM, prior to the service at the funeral home. Burial will be in Ruggles Cemetery, Baroda. Memorial contributions may be given to Baroda Church of God, 5020 Cleveland Avenue, Stevensville, MI 49127 or Hospice at Home, 4025 Health Park Lane, St. Joseph, Michigan 49085.

John was born February 8, 1959 in Benton Harbor, Michigan the son of the late Jack and Pearl Ethel (Davis) Cole. On May 8, 1982 John married Kay L. Arend. Kay and John were true soul mates and her death was very difficult for John. Kay preceded John in death on August 5, 2014 and now they are together again and will be forever. John enjoyed fishing on Singer Lake and hunting up north. He always looked forward to his October trip to the Baldwin area.

To order memorial trees or send flowers to the family in memory of John Cole, please visit our flower store.