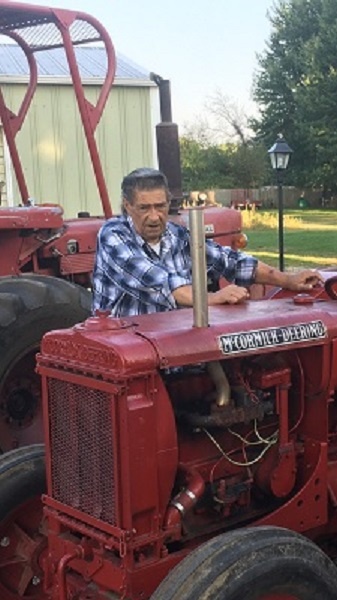 John Michael Nedoba, 71, of Stevensville passed away on Tuesday, April 9, 2019 at Caretel Inns of Lakeland in St. Joseph.

Funeral services will be held 11 AM Tuesday, April 16, 2019 at St. Paul’s Evangelical Lutheran Church, 2673 W. John Beers Road, Stevensville, with Pastor Jeremy Koehler officiating. Burial will be in Lincoln Township Cemetery, Stevensville. Friends may meet with the family from 5-7 PM Monday, April 15, 2019 at the Boyd Chapel of Pike Funeral and Cremation Services, 9191 Red Arrow Highway, Bridgman. Memorial  contributions may be given to Saint Paul's Evangelical Lutheran  Church. Send flowers to the family and online condolences accepted at www.pikeFH.com

John was born Tuesday, November 7, 1947 in St. Joseph, the son of the late John G. and Anne (Kapusta) Nedoba. John graduated from Lakeshore High School. On June 6, 1974 he married Lorraine Schuett and they shared 44 years together. John was a graduate of Mack Technical in Chicago with a degree in diesel mechanics. He enjoyed his tractors. John loved deer hunting especially with his boys, his brother, and his good friend, Gary Wasko. He was a member of St. Paul’s Lutheran Church in Stevensville.

Survivors include his wife: Lorraine; children: John A. (Jennifer) and Brian M.; and grandchildren: Nicole and Robert.

John was also proceeded in death by his brother: Michael A. Nedoba in 2016.

To order memorial trees or send flowers to the family in memory of John Nedoba, please visit our flower store.