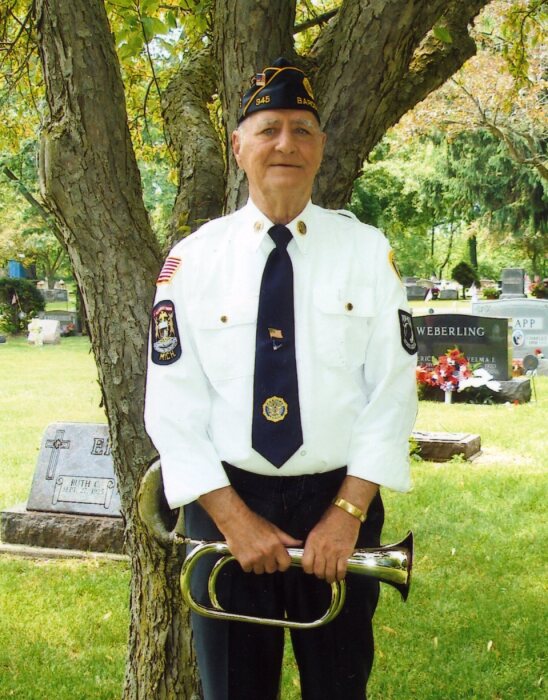 Military Rites and a celebration of his life will be held at a later date. Memorial contributions to the Baroda American Legion, Post 345, 9214 1st St., Baroda, MI, 49101. Online condolences accepted at www.PikeFH.com.

John was born on October 14, 1930 the son of the late Jack and Lena (Forbouer) Russell. He was a veteran of the Korean War and was past and present commander of the Baroda American Legion, Post 345.

John’s legacy will forever be remembered by the many lives that he touched.  He will be loved and missed by all.

John was also preceded in death by his son, Kim Russell and a daughter, Karen Roach.

To order memorial trees or send flowers to the family in memory of John Russell, please visit our flower store.
Send a Sympathy Card