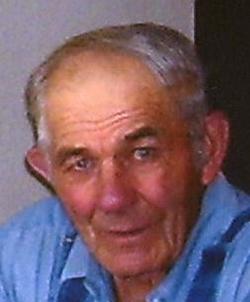 John was born October 11, 1924 in Tahlburg, Manitoba, Canada, the son of the late Robert and Caroline (Modro) Warmbein. John and his family arrived in Bridgman, Michigan by train on March 3, 1927. John was baptized on November 23, 1924 in Canada and confirmed April 10, 1938 at Trinity Lutheran, Sawyer. He continued his spiritual growth by attending church faithfully. In later years he would read daily devotions and watch for the mail delivery for his weekly Tape Ministry from St. Paul’s Lutheran, Stevensville, of which he was a member, and also the Tape Ministry from Immanuel Lutheran, Bridgman.

In his earlier adult years, he farmed with his brother Willie, drove school bus, and worked at Whirlpool. After spending 2 years in the Army Corps of Engineers, he purchased his own farm, complete with an Oliver 60 tractor, and continued farming with Oliver tractors with his son. John farmed his entire life and some have said, “dirt ran thru his veins”, a passionate and dedicated farmer to the very end. He was a “no-till” planting pioneer in Weesaw Township, a tradition that continues on his farm today. During his farming years, he grew grain, grapes, asparagus, raised hogs, sold eggs and milked Holstein dairy cows until age 86. He received awards for soil conservation, was an FFA Honorary Chapter Farmer and held membership with Michigan Milk Producers Association for 40 years. Throughout his life, John touched many lives and will leave joyful memories among many. He will be missed.

John was preceded in death by his wife Gladys in 1998; brothers - Willie, Henry and Erich Warmbein; and sister Bertha Hartwig.

To order memorial trees or send flowers to the family in memory of John Warmbein, please visit our flower store.
Send a Sympathy Card