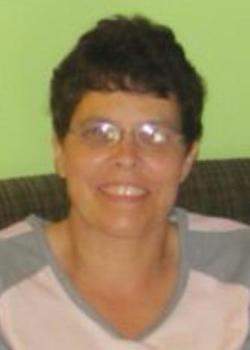 Friends may meet with the family from 6-8 PM Monday, November 4, at Pike Funeral Home, Boyd Chapel, 9191 Red Arrow Highway, Bridgman. Burial will be in Magness Cemetery, Wilburn, Arkansas. As an expression of sympathy memorial contributions may be given to Susan G. Komen Foundation, Attn: Donor Services, PO Box 650309, Dallas, TX 75265

Karen was born March 15, 1964 in Little Rock, Arkansas the daughter of Oather A. and Betty Sue (Johnson) Litaker. She was a member of St. Joseph High School, Class of 1982, and graduated from University of Phoenix with a bachelor’s degree. Karen was the office manager at Wingfoot Commercial Tire, St. Joseph.

Karen was preceded in death by her mother, Betty Sue Litaker in 2011.

To order memorial trees or send flowers to the family in memory of Karen Litaker, please visit our flower store.