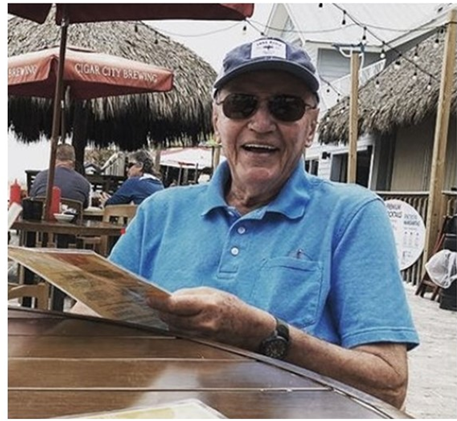 Karolis Jautakis, 88, of Sawyer passed away unexpectedly on Monday, July 18, 2022 at his home.

A gathering of friends and family will be held from 1-2:30 PM on Thursday, July 28, 2022, at Pike Funeral and Cremation Services, The Boyd Chapel, 9191 Red Arrow Hwy, Bridgman. Memorial contributions may be given to The Humane Society of Southwest Michigan, 5400 S Niles Rd, St Joseph, MI 49085. Online condolences can be made at www.PikeFH.com.

Karolis was born on August 30, 1933 in Roseinia, Lithuania, the son of the late Wladislaw Tarle-Jautakis and Marija Losifovna (Kimont). On June 5, 1955, he married Dorothea Burger and she preceded him in death in 2009. Karolis was a member at St. Agnes Catholic Church in Sawyer, the Bridgman American Legion Post 331, and the 26th Infantry Regiment (Blue Spaders). He was an electrical engineer at Whirlpool and retired after 40 years of service. Karolis enjoyed vacationing at Anna Maria Island in Florida.

Karolis was also preceded in death by a sister, Saule Gecas and a niece, Bernice Valantinas.

To order memorial trees or send flowers to the family in memory of Karolis Jautakis, please visit our flower store.
Send a Sympathy Card