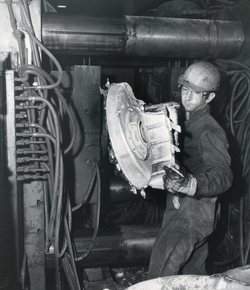 
Kenneth Ray Weatherford, 76 of Sawyer, passed away on Monday, March 6, 2017 at his home in the care of his family.

A funeral service will be held at 11 AM Friday, March 10, 2017 at the Boyd Chapel of Pike Funeral and Cremation Services, 9191 Red Arrow Highway, Bridgman, with Stephen Pylkas ministering to the family. Friends may meet with the family from 5-7 PM Thursday at the funeral home. Burial will be in New Troy Cemetery, New Troy. Memorials may be made to Berrien County Cancer Service, 7301 Red Arrow Highway, Stevensville, MI 49127.

Ken was born May 30, 1940 in Amagon, Arkansas the son of the late Virgle and Georgia (Salmon) Weatherford. On June 20, 1959 he married Juanita Louise Wood and she preceded him in death on August 3, 2016. Ken was a member of Christ Church in St. Joseph, MI.

Ken was also preceded in death by his brother, Ernest Weatherford.

To order memorial trees or send flowers to the family in memory of Kenneth Weatherford, please visit our flower store.