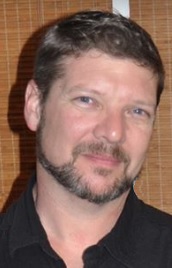 A gathering of family and friends will be held from 11- 12:30 PM, Sunday, December 1, 2019 at the Pike Funeral and Cremation Services, the Boyd Chapel, 9191 Red Arrow Hwy, Bridgman, where at time of sharing will begin at 12:30 PM   Burial will be in Lakeside Cemetery, Lakeside. Memorial contributions may be given towards the needs of the family. Online condolences accepted at www.PikeFH.com.

Kirk was born Wednesday, September 30, 1964  in Michigan City, Indiana,  the son of  Don and Audrey (Hamann) Schrader. On October 27, 1984 he married Janet Karen Moore. Kirk was a fifth generation resident of Lakeside and served his community for over 36 years as the sexton and caretaker of the Chikaming Township cemeteries. Kirk was an avid bird watcher and transporter of endangered birds of prey. Kirk had a vision and a dream for a local public mountain bike trail. He saw the first six miles of that dream completed at the Chikaming Twp. Park and Preserve on Warren Woods Road. He enjoyed working on his 1985 Jeep CJ7 and being his wife’s “first mate” building sand castles in her business, Sand Pirates.

Kirk was preceded in death by his father, Don Schrader.

To order memorial trees or send flowers to the family in memory of Kirk Schrader, please visit our flower store.
Send a Sympathy Card