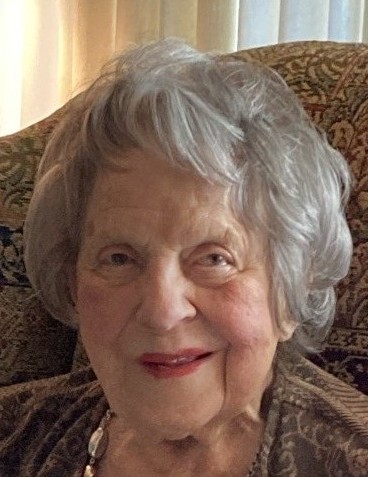 Lois Dahlin Nelson entered into the presence of her Lord on October 20, 2021, at the age of 94,
surrounded by her family.


Lois was born July 29, 1927, in Chicago, the only child of the late Arthur and the late Naomi
(Mellquist) Dahlin. During her childhood her family lived in Sweden, Illinois, Minnesota, and
Wisconsin. She loved music and enjoyed playing the piano and singing in numerous choirs. She
was on cheerleading squads during high school and college and worked as a lifeguard.
After graduating from Minnehaha Academy in Minneapolis, she attended Wheaton College (IL),
majoring in Chemistry.


On August 12,1949, Lois married the late Donald L. Nelson and over the next few years
welcomed three daughters. They lived in the suburbs of Washington, D.C., Chicago,
Philadelphia, Newark, and Memphis before they retired to Southwest Michigan. Although Lois
lived in many places, she took joy in her family and in the lifelong friends made.


In addition to being a loving wife, mother, grandmother, and great grandmother, Lois used her
creativity as a successful business owner, retailer, volunteer, quilter, knitter, seamstress, crafter,
and painter. Throughout her entire life, she held an unwavering faith in Jesus Christ and in His
redeeming love. Wherever she lived in the country, she and Don served in their local church.
When she became physically limited in later years, she took on the role of a prayer warrior for
her family and for those whom the Lord placed upon her heart.


A memorial service will be held at 12 Noon Eastern Time on Tuesday, November 2, 2021 at Harbert
Community Church, Harbert, Michigan.

To order memorial trees or send flowers to the family in memory of Lois Nelson, please visit our flower store.
Send a Sympathy Card