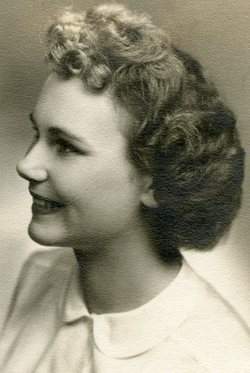 Lois Lillian Wagner, 87 of Sawyer passed away Tuesday, June 12, 2018 at Hanson Hospice Center, Stevensville.
Cremation will take place and the family will be remembering her privately.

Lois was a career office professional her entire working life holding several positions as accountant, bookkeeper and office manager. Among her proudest achievements were her years at Oak Oil and Chemical in Sturgis and at Commuter Aircraft in Scottsdale. Her passion was music and singing. She attended Interlochen School of Music and At Michigan State University maintaining an interest her entire life. She shared a deep love for jazz with her brother Leroy. She also was a member of United Church of Christ, Sawyer. Lois and Dick had resided in Jasper and Portland, Indiana, Sturgis Michigan, Scottsdale, Arizona and most recently in Sawyer. Lois was a true “Warrior” in her approach to life and her generosity to others.

Survivors include a son, Bruce (Vanessa) Wagner of Shipshewana, Indiana. Lois was preceded in death by a brother, Leroy Lachman.

To order memorial trees or send flowers to the family in memory of Lois Wagner, please visit our flower store.