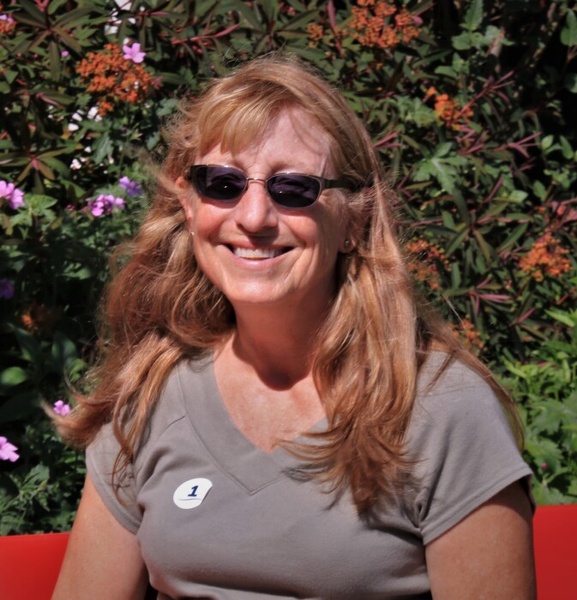 Lou Ann Schaller (Shoemaker) was born April 29, 1954 and was raised in Albuquerque, New Mexico. Her mother, Virginia Shoemaker (Scholes), a hard-working single mother and Lou Ann’s first and best role model, provided her and her brother Paul Shoemaker with everything they needed, happiness, and love. Lou Ann learned to live frugally and appreciate the simple things.

Her mother met Dave Mandeville, who became like a father to Lou Ann. Virginia and Dave had a daughter, Maria Fitzgerald (Mandeville).

Lou Ann attended technical school in Albuquerque and worked as a waitress where she met the first love of her life, James Schaller. He impressed her with his intellect and ability to do one-handed push-ups on the restaurant’s chairs (or so the story goes). Jim proposed, just before he was to move to Houston to start his career. She said yes.

In Houston, Lou Ann and Jim had a son, Mark Schaller. They moved to Massachusetts and had a daughter, Melinda Schaller. They moved again to Bridgman, Michigan, Jim’s place of birth and the city they would call home. Lou Ann managed the office at the Schaller family die casting company for the rest of her professional career. She excelled with her calm and collected demeanor.

Lou Ann’s vocation was her family. She accompanied her children’s classes on their field trips, made elaborate treats for their class birthday parties, and led Melinda’s girl scout troop. She raised her children how her mother raised her: with happiness and love.

Jim died young, when he was just 52 years old. Lou Ann persevered with strength and grace. After several years leading her family on her own, and with the help of the internet, she met the second true love of her life, Don Ashley. In loving Don, she added a whole new family to her circle. His parents, siblings, children, and grandchildren: she soon grew to love them all. Don ignited a second life in Lou Ann. He motivated her to pursue an active lifestyle and rekindled her fondness for the outdoors. They traveled and adventured throughout the country.

Mark married Emily Lau, Melinda married Doug Brownfield, and the unions blessed Lou Ann with granddaughters, Aline Schaller and Emma Brownfield. Lou Ann became the most wonderful grandma imaginable, loving those little girls with every thread of her being and spoiling them rotten.

On September 27, 2020, she died at her home in Bridgman at the age of 66. She leaves behind her fiancé Don, son Mark and his wife Emily, daughter Melinda and her husband Doug, grandchildren Emma and Aline, brother Paul and his wife Anne, sister Maria and her husband Pat, and many brothers- and sisters-in-law, step-children and grandchildren, nephews, nieces, and friends.

To order memorial trees or send flowers to the family in memory of Louise Schaller, please visit our flower store.