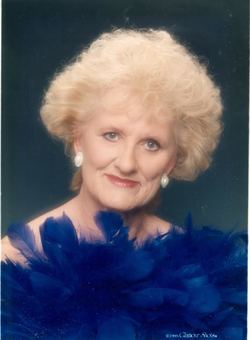 A memorial mass will be held 11:00 AM Friday, October 30, 2015 at Our Lady Queen of Peace Catholic Church, 3903 Lake Street, Bridgman, with Fr. Arthur Howard as Celebrant. Friends may meet with the family from 6 - 8 PM Thursday at Pike Funeral Home, Boyd Chapel, 9191 Red Arrow Hwy, Bridgman were a Rosary will be held at 7:30 PM. Burial will be at Ruggles Cemetery, Baroda. Memorial contributions may be given to Our Lady Queen of Peace Church.

Marianne was born on March 27, 1932 in Hinsdale, IL, the daughter of the late Guy and Anne Morgan. She graduated from Hirsch High School, Chicago in 1950 and worked at All-State Insurance Company in Chicago until she moved to Bridgman in 1951. She worked for the Bridgman Phone Company, Clark Equipment Company, and Heath Company from which she retired in 1992. On September 15, 1956, she married Milan Mead at Our Lady Queen of Peace Catholic Church and he preceded her in death in 1995. She was a life-long member of Our Lady Queen of Peace. In her retirement years, Marianne worked as a volunteer in the gift shop at Lakeland Hospital and was active in the women’s guild at her church. She, along with her sons Neal and Mark, opened the Meadows Family Golf Center in 1996. She enjoyed reading, being with family and friends, and traveling which included several years wintering in Arizona with her sister-in-law and brother-in-law, Elaine and Norman Weingart. Marianne and Milan always opened their home to anyone in need and during the years had at least five more children live with them, including nephew Chuck Mead of Baroda.


Memorial Donations Memorial donations can be made to:
Our Lady Queen of Peace Catholic Church, 3903 Lake Street, Bridgman, MI 49106

To order memorial trees or send flowers to the family in memory of Marianne Mead, please visit our flower store.
Send a Sympathy Card