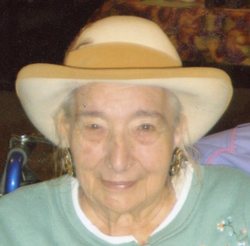 Marilyn Jean Schlutt, 87, of Baroda passed away on Sunday, March 31, 2013 at Lakeland Regional Medical Center, St. Joseph with her family at her side.
A funeral service will be held Wednesday, April 3, 2013 at 11 AM, at St. John’s Lutheran Church, 9193 Cleveland Avenue, Baroda, with Reverend Bradley A. Ross officiating. Friends may meet with the family on Tuesday from 5 - 7 PM at Pike Funeral Home, Boyd Chapel, 9191 Red Arrow Highway, Bridgman. Burial will be in Ruggles Cemetery, Baroda. Memorial contributions may be made to Baroda American Legion Post 345, 9214 First Street, Baroda, Michigan 49101.

Marilyn was born October 8, 1925 in LaPorte, Indiana the daughter of the late Walter and Eva Fern (Wilson) Euler.

Marilyn was preceded in death by her brother Wayne Euler and her sister Barbara Hagenow.

To order memorial trees or send flowers to the family in memory of Marilyn Schlutt, please visit our flower store.
Send a Sympathy Card