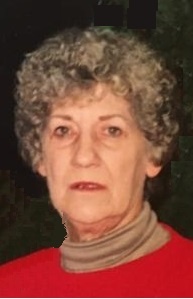 
Mary Ruth Greene-Weiss, 82, of Bridgman passed away peacefully on Saturday, October 31, 2020 after a brief illness at West Woods of Bridgman .

The family will be remembering Mary privately. In lieu of flowers, memorial contributions can be made to Berrien County Animal Control, 1400 S. Euclid Ave., Benton Harbor, MI 49022. Online condolences accepted at www.PikeFH.com

Mary  was born Saturday, September 24, 1938 in Kennett, Missouri, the daughter of the late Irvin Oscar and Georgia Bessie (Morrison) Brown. On August 10, 1956 she married Raymond C. Greene, who preceded her in death on May 18, 1992.  They had four children together. On October 31, 1998 she married Terry R. Weiss, who preceded her in death on May 13, 2013. Mary worked for several years at Independent Steel Castings in New Buffalo and upon her retirement, began her own business with a friend, Cheryl Burk.  Mary enjoyed decorating her home, caring for her family and dancing.

Mary was preceded by her sister Dorothy Wolschlager.

To order memorial trees or send flowers to the family in memory of Mary Greene-Weiss, please visit our flower store.