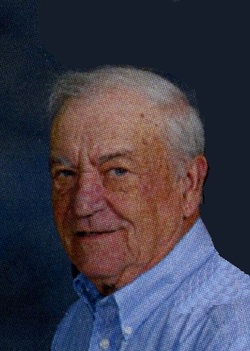 A funeral service will be held 2 PM Friday, December 18, 2015 at Pike Funeral Home, Boyd Chapel, 9191 Red Arrow Hwy, Bridgman with Reverend Bradley A. Ross officiating. Friends may meet with the family from 1 - 2 PM Friday, prior to the service. Memorial contributions may be made to St. John’s Evangelical Lutheran Church, PO Box 67, Baroda, MI 49101. A live stream of the funeral service may be seen below beginning 20 - 30 minutes before the service.

Max was born January 11, 1941 in Baroda, the son of Max M. and Leona (Lemon) Nitz. He was baptized and confirmed at St. John’s Evangelical Lutheran Church in Baroda. Max married Tamara Ott on June 27, 1964 and they shared 51 years together. He operated and owned Camtech Mold until retirement. He was always helping others when he could. You could always see him running the roads...as he put it “making sure everyone was all right”. He also loved gardening.


Max was preceded in death by his father - Max M Nitz, and his dear granddaughter - Angel Nitz.

To order memorial trees or send flowers to the family in memory of Max Nitz, please visit our flower store.
Send a Sympathy Card