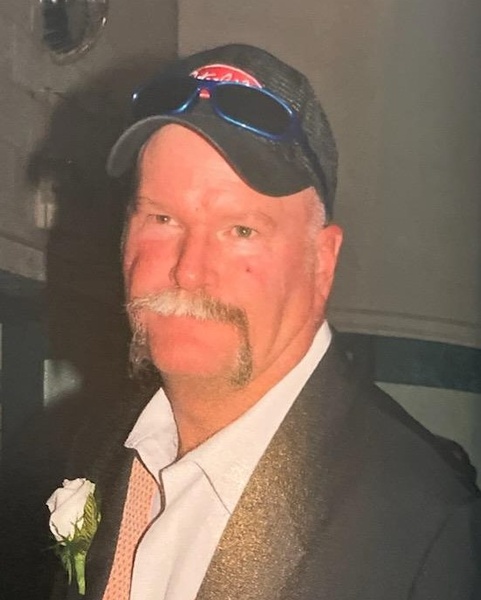 Melvin John Backus Jr. of Three Oaks/Crystal Falls MI. passed away February 1, 2022 after a devastating bout with Covid, at the age of 59. Mel fought hard and asked that anyone on the fence about vaccination would go ahead and get it, because he didn’t want anyone going through what he was.

A funeral service will be held at 11 AM on Tuesday, February 8, 2022 at Trinity Lutheran Church, 5791 Sawyer Rd. Sawyer, MI 49125. Friends may meet with the family from 4-7 PM on Monday, February 7 at Pike Funeral and Cremation Services, Boyd Chapel, 9191 Red Arrow Hwy, Bridgman. A gathering of family and friends will be held at 12:30 PM on Tuesday, February 8, at St. Mary of the Assumption, 28 W Ash Street, Three Oaks, MI 49128. Memorial contributions may be given to St. Jude’s Children’s Research Hospital 501 St. Jude Place. Memphis, TN 38105 or Trinity Lutheran Church Sawyer. Online condolences accepted at www.PikeFH.com.

Mel was born August 11, 1962 to Melvin Sr. and Lois Backus. He was the youngest of three children. Mel graduated from New Buffalo High School in 1980 followed by Heavy Equipment Operator trade school. Over the course of his career Mel was a truck driver, pipe layer, laborer, foreman, and vice president, but to many folks, he was always an operator. He talked many times about how two excavators could “dance” together and how you could anticipate what another operator was going to do. He reminisced about the times he and Rusty Bolton “danced”, and how much work they could get done. Mel worked 6 days a week for many years. Work was part of who he was, but it did not define him. His personal life was his pride and joy.

Mel married Angela Backus in Three Oaks, in August 1982. They had 3 children of whom he was so proud. He considered his children and grandchildren his greatest accomplishment. Mel loved spending time outdoors. He cut firewood, hunted, fished, farmed, and enjoyed helping his many friends with projects on the weekends and evenings. He was always generous with his time, and found a way to help others. He dug many basements and butchered many pigs, cows, and deer in his “free time”. He loved Michigan’s Upper Peninsula and spent as much time as possible at his camp in Crystal Falls, MI.

Mel talked in a letter he wrote before his passing about how a man is lucky to have one or two really good friends in a life time. He said that he had to be one of the luckiest guys ever because he has had a lot of friends and some great friends. It would be impossible to list all of Mel’s friends without missing some, but a short list of his great friends include: Rusty Bolton, Donnie Krumrie, Gary Martin, Curt Smith, Jerry Hauch, Scott Westphal, Bryan McCarty, Shawn Smith, Paul Oselka Jr. and Ted and Stan Kozlowski. He considered them his brothers. Mel was a lifetime member of Trinity Lutheran Church in Sawyer Michigan and served on the usher crew for many years. His faith was strong and he was firm in his beliefs.

To order memorial trees or send flowers to the family in memory of Melvin Backus, Jr., please visit our flower store.