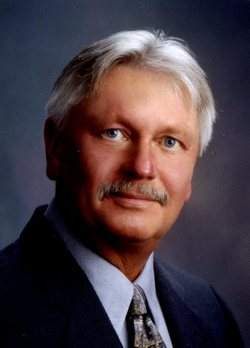 A Celebration of Life will be held 11 AM, Wednesday, August 27, 2014 at Pike Funeral Home, Boyd Chapel, 9191 Red Arrow Hwy., Bridgman with Reverend Father Arthur Howard officiating. Friends may meet with the family from 5-8 PM Tuesday at the funeral home. Burial will be in Graceland Cemetery. Bridgman. As an expression of sympathy, memorial contributions may be given to Hospice at Home, 4025 Health Park Lane, St. Joseph, MI 49085 or Women’s Care Center, 360 N. Notre Dame Avenue, South Bend IN 46617.

Mike was born July 9, 1950 in South Bend, the son of the late Louis G. and Lucille F. (VanLaecke) Horvath. On August 6, 1977 he married Carol D. Martin. Mike was a 1968 graduate of Washington High School in South Bend and a college graduate of IU South Bend. He began his career in law enforcement with the South Bend Police Department and then served as a Detective Sergeant with the St. Joseph County Sheriff’s Department. He went on to become a DEA Task Force Officer, Mike was the youngest person to be nominated to the DEA and FBI academy. Mike started at the D.C. Cook Nuclear Plant in 1977 as a Shift Security Supervisor after leaving the law enforcement world. Following progressive positions in Quality Assurance, Mike took on a position as the very first Manager of the Employee Concerns Program. He retired from Cook in 2013 after 37 years of service. Mike was the past commodore of the Singapore Yacht Club, Saugatuck and was a member of the Corvette Coventry.

Mike was preceded in death by his parents and a beloved brother-in-law, William McLochlin.

To order memorial trees or send flowers to the family in memory of Michael Horvath, please visit our flower store.