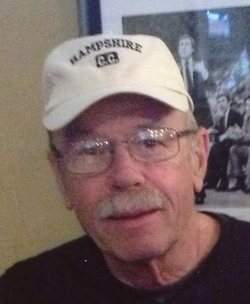 
Michael “Mick” John Hutter, 67, of St. Joseph passed away Sunday, April 13, 2014 at the University of Michigan Health Systems in Ann Arbor surrounded by his family.

Funeral services will be held 11 AM, Thursday, April 17, 2014 at Pike Funeral Home, Boyd Chapel, 9191 Red Arrow Hwy., Bridgman. Friends may meet with the family from 10 - 11 AM prior to the service at the funeral home. Burial will be in Graceland Cemetery, Bridgman.

Mick was born May 11, 1946 in Benton Harbor the son of the late Walter and Marie (Paulson) Hutter. Mick married Lorraine Wilson (Nee, Coombs) on August 26, 1982 and together they shared 31 years of life and love. He was an Army veteran and a member of the Weechik American Legion Post 518. Mick was the local TV repairman for over 33 years as he owned and operated Mick’s TV Service.

To order memorial trees or send flowers to the family in memory of Michael Hutter, please visit our flower store.