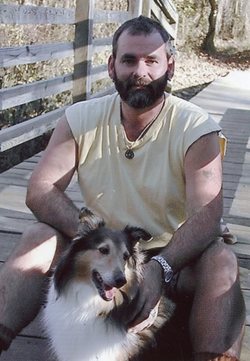 Funeral services will be held at 11:00 AM, Thursday, February 6, 2013 at Pike Funeral Home, Boyd Chapel, 9191 Red Arrow Highway, Bridgman, with Pastor Margaret Stout officiating. Burial will be in Graceland Cemetery, Bridgman. Friends may meet with the family from 10 - 11 AM prior to the service at the funeral home. Memorial contributions may be given towards the needs of the family.

Michael was born August 1, 1964 in Winamac, Indiana the son of Leslie Eugene Jones and Shirley (James) Dunkel. He was a 1982 graduate of Bridgman High School and a 2008 graduate of Le Cordon Bleu College of Culinary Arts in Miami, Florida. Michael was creative and those energies came out in his love of cooking, hiking, the out-of-doors, and especially in his abilities as an artist.

Michael is preceded in death by his father - Leslie Jones.

To order memorial trees or send flowers to the family in memory of Michael Jones, please visit our flower store.
Send a Sympathy Card