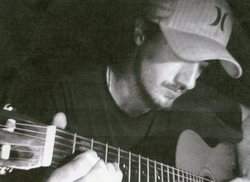 
Michael Ryan McDougald, 33, of Benton Township passed away on Tuesday, February 23, 2016 at his home. Cremation has taken place and a springtime memorial is being planned.

Michael was born on May 22, 1982 in Berrien Springs. He was a resident of Michigan until 2000, when he moved to Washington state. He attended Lakeshore School and then learned welding from his father. A self taught musician, he loved to play guitar and sing a variety of music. He enjoyed motocross and the outdoors. He met his wife Brittany, and they married on their 7th anniversary, January 22, 2016.

Michael is survived by his wife, Brittany and their daughter, Genesis Rose, who were the light of his life; his parents: Richard and Connie McDougald of Washington; brothers: Richard of Benton Harbor, Joseph of Seattle, WA, and William of Osceola, IN; sister: Darlene Smith of IL; he loved his cousins and grew up with: Kelly Vandenberg, Kristyn Binns, Angela Gatchell, Lisa Guerino, Brooklyn and Courtney Olson; and various nieces and nephews; Aunt Pam (Mike) Gibbs, Aunt Karyn Olson, and Uncle Mark (Lisa) Olson.

To order memorial trees or send flowers to the family in memory of Michael McDougald, please visit our flower store.