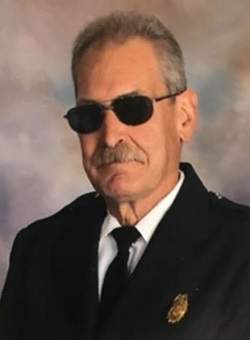 
Michael Andrew Nedoba, 62 of Stevensville was called to his eternal home on Sunday, November 20, 2016 at Hanson Hospice Care, Stevensville with his loving family by his side.

Funeral services will be held at 11:30 AM, Wednesday, November 23, 2016 at St. Paul’s Evangelical Lutheran Church, 2673 W. John Beers Road, Stevensville, with Reverend Jonathan Kruschel officiating. Burial will be in Lincoln Township Cemetery, Stevensville. Friends may meet with the family 5-7 PM Tuesday, November 22, at Pike Funeral and Cremation Services, The Boyd Chapel, 9191 Red Arrow Hwy., Bridgman and at the church from 10:30 AM Wednesday until the time of the service. Memorial contributions may be given to St. Paul’s Evangelical Lutheran Church. Online condolences accepted at www.PikeFH.com

Michael was born January 20, 1954 in St. Joseph Michigan the son of the late John G.and Anne J. (Kapusta) Nedoba. He married Sandra Meabon on February 25, 1985. Michael was a lifelong member of Saint Paul's Evangelical Lutheran Church in Stevensville and had been employed at Paramont Die Casting, Stevensville until they closed, then he was employed at Bosch Braking Systems, St. Joseph until retirement. He was the current Electrical Inspector for the Lincoln charter Township. He spent 35 years on the Lincoln Township Fire Department.

Michael was also preceded in death by an uncle: Andrew Pafko and Ellen (Kapusta) Pafko.

To order memorial trees or send flowers to the family in memory of Michael Nedoba, please visit our flower store.