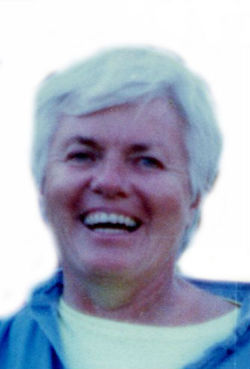 
Mildred “Millie” Mary Feather, 78 of Baroda passed away on Saturday, January 30, 2016 at her home in the presence of her family.

A funeral service will be held 1 PM Thursday, February 4, 2016 at Pike Funeral Home, Boyd Chapel, 9191 Red Arrow Highway, Bridgman with Reverend Jonathan Liebich officiating. Friends may meet with the family from 12 noon - 1pm before the service at the funeral home. Burial will be in Ruggles Cemetery, Baroda. Memorial contributions may be given to Hospice at Home, 4025 Health Park Lane, St. Joseph, MI 49085 or the Berrien County 4-H Foundation, 1737 Hillandale Road, Benton Harbor, MI 49022. A live stream of the funeral service may be seen below at 1 PM Thursday.

Millie was born August 23, 1937 in Saranac, Michigan the daughter of the late John and Mary (Sterc) Vitek. Following a blind date and courtship, she married William A. Feather, III on June 6, 1959. They shared 54 years of love and life together and Bill preceded her in death in 2014. Millie belonged to many organizations including the Beseda Club, a Czech-American Club. Her favorite was the Berrien Artist Guild, which she held a lifetime membership. Millie was a 4-H leader for 30 years in Baroda and had received an Outstanding 4-H Leadership Award. Since her marriage to Bill, she had been a member of Olivet Congregational Church in Bridgman. Millie had been a teller at Inter City Bank in Baroda for many years and together with her husband owned and operated Feathers Nursery and Greenhouse. She enjoyed painting, gardening, writing, spending time with her grandchildren and walks with her canine companions, Sheba and Deanie.

Millie was preceded in death by two brothers, John and Henry Vitek.

To order memorial trees or send flowers to the family in memory of Mildred Feather, please visit our flower store.
Send a Sympathy Card