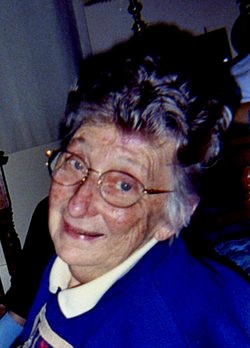 The family will be remembering her privately. Online condolences accepted at www.PikeFH.com,

Nancie was born May 18, 1929 in Flint, Michigan the daughter of the late George L and Dorothy Gertrude (Supple) Burren. Nancie was a 1947 graduate of Grand Blanc High School, Grand Blanc, MI. She graduated from Hurley Hospital School of Nursing in Flint in 1951. She was employed at Memorial (Lakeland) Hospital from October 1951 through January 1957 as an RN. She married Lawrence “Larry” Fritz February 3, 1951 in Chicago and he preceded her in death on July 21, 2004.

To order memorial trees or send flowers to the family in memory of Nancie Fritz, please visit our flower store.