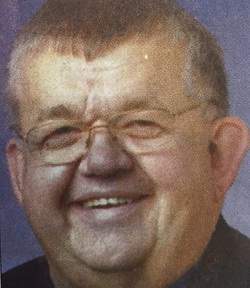 Neal was born March 23, 1954 in Benton Harbor, Michigan the son of the late Carl H. and Gertrude (Ladwig) Nitz. A life-long resident of Baroda and farmer by trade, Neal graduated from Lakeshore High School and earned a degree of Applied Science from Southwestern Michigan College. He served previously on the Board of Commissioners for 10 years before becoming a Michigan State Representative for six years. He previously served on the Baroda Township Commission. He was a member of St. John’s Lutheran Church in Baroda.

Survivors include his brother Nathan (Julie) Nitz of Baroda and his sister Nancy (Richard) Koebel of Baroda; his nephew Eric (Michelle) Nitz of Portage and his niece Rebecca (Jeff) Zuhlke of Wisconsin; and a dear friend Jeff Miller.

To order memorial trees or send flowers to the family in memory of Neal Nitz, please visit our flower store.