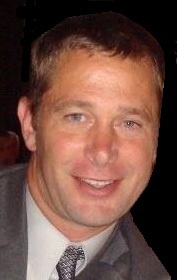 Funeral services will be held 11 AM Wednesday, May 8, 2019 at Trinity Lutheran Church - Glendora, 1733 West Glendora Road Buchanan, MI 49107. Friends may meet with the family at church from 3-7 PM Tuesday, May 7. In lieu of flowers memorial contributions may be made for the benefit of Patrick’s daughters to Honor Credit Union, 117 Red Bud Trial N., Buchanan MI 49107 in care of Teri Freehling.   Online condolences accepted at  www.PikeFH.com.

Pat was born February 5, 1973, in Niles the son of  David and Linda (Kenneth) Freehling, and he was baptized March 4, 1973, at Trinity Lutheran Church in Glendora,. He graduated in 1991 from River Valley High School, Three Oaks. After high school, Pat joined the U.S. Navy and did his basic training at Great Lakes Naval Academy. He was stationed at Pearl Harbor, HI, and served as Petty Officer 2nd Class aboard the destroyer U.SS. Fletcher as a gas turbine systems technician, repairing the components of the gas turbine engines used to power the ship. He went on three tours of duty in the Persian Gulf and also toured much of the South Pacific, including Australia, Hong Kong, and Malaysia during his military service. He received several awards from the Secretary of the Navy, including a U.S. Navy and Marine Corps Achievement Medal for professional achievement in the superior performance of his duties while serving aboard the Fletcher, on June 11, 1998.

Pat married Teri Sue Wines on August 2, 2003, at the United Methodist Church in Buchanan.  He has been employed as a nuclear mechanic at the AEP Cook Power Plant in Bridgman for almost 20 years. He farmed his 180 acre farm, which he was planning on celebrating it being a centennial family farm this year, and owned and operated a drain tile business, putting in drain tiles in farm fields and parks in both Michigan and Indiana.  He purchased a number of tractors and a satellite guidance system to guide the tractors in the fields.

Pat showed dairy heifers from age five, dairy steers and welding projects at the Berrien County Youth Fair and has supported his children as they began showing. He was a current member of the fair board and the Baroda Twp. Planning Commission..

Pat channeled his tireless energy into his work. He has loved to farm since he was a child, learning from his grandfather, Harold. Pat was also an excellent welder, constructing many farm implements from scrap steel. He enjoyed the company of his family and friends, and most of all, he cherished his wife and children. He was a loving dad and a good friend. He always offered to help others when needed.

Patrick was preceded in death by his grandparents, Harold and Wilma (Backus) Freehling and Walter and Joan (Lawson) Kenneth, and his aunt, Beverly (Freehling) Nash.

To order memorial trees or send flowers to the family in memory of Patrick Freehling, please visit our flower store.