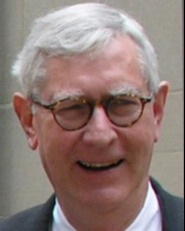 Peter Errett Van Nice, 80, of Chicago, IL and Lakeside, MI, died at home, in Lakeside, on Wednesday, December 7th, with his wife of 55 years, Jeanette Hunt Van Nice, by his side.

Born on October 22nd, 1942 in Chicago, IL, to Ruth Swift Van Nice and Errett Isaac Van Nice, Peter attended The Latin School of Chicago, graduated from The Choate School, and received his B.A. at Northwestern University and his M.B.A. at The University of Chicago. After graduation he served in the U.S. Marine Corps.

Peter held various positions in business and philanthropy. He worked at International Harvester Company, was a Member of The Chicago Board of Trade and served as President of The Racquet Club of Chicago.

Beginning in 1999, Peter served as a Trustee of Graceland Cemetery with enthusiasm and dedication. Among his most personal efforts, Peter spearheaded the construction of the native prairie area.

Peter’s true passion was helping to conserve land and to create nature preserves in Berrien County, Michigan. Peter founded Chikaming Open Lands and was President of the land trust which is dedicated to preserving the open space and rural landscape of Berrien County.

Peter’s family and friends cherished his intellect, humor, and his deep interest in politics and debate.

In lieu of flowers, donations may be made in Peter’s memory to Chikaming Open Lands, 12291 Red Arrow Highway, Sawyer, MI, 49125, www.chikamingopenlands.org.

To order memorial trees or send flowers to the family in memory of Peter Errett Van Nice, please visit our flower store.