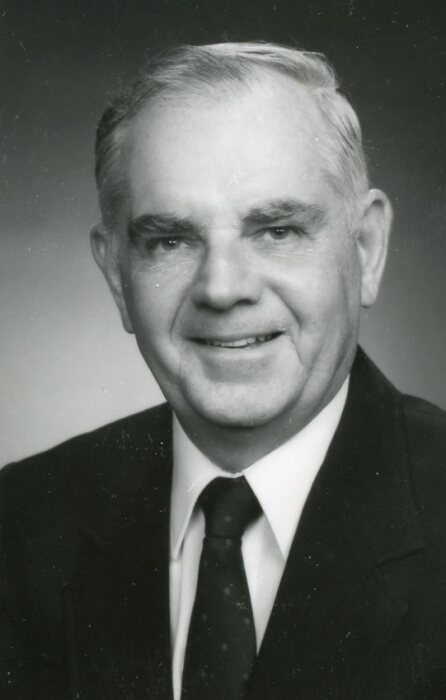 Rev. A.W. Pankratz, 91, of Stevensville  passed away on Saturday, November 7, 2020.
Funeral services will be held 11 AM Saturday, November 14, 2020 at Christ Lutheran Church, 4333 Cleveland Ave., Stevensville, with Reverend Martin Measel officating.  Friends may meet with the family one hour prior to the service at the church.  Burial will be in Hickory Bluff Cemetery, Stevensville. Memorials maybe made to Christ Lutheran Church.

Pastor Pankratz was born February 1, 1929 in Detroit the son of the late  Adolph and Bertha (Nelius) Pankratz, Sr. He graduated from Concordia Lutheran High School in Ft. Wayne and Concordia Jr. and Sr. College.  He then graduated from seminary in St. Louis, MO.  He spent a year serving his vicarage in Trinity Lutheran Church, St. Joseph where he became acquainted with the lovely southwest Michigan.  His first call was to North Highlands, CA to start a mission which was very successful with nearly 500 children in their Sunday School.  He later accepted a call to the Irish Hills near Jackson where he met and married Dorothy Bublick in February 1959.

In September of 1959 Adolph accepted a call to Hillman and in 1968 to Trinity Lutheran Church, Sawyer.  He served as counselor for a number of different organizations in the church and also a committee in the State House of Representatives with focus on “Families.” In 1964 he began to serve as a cruise chaplain and lasted for many decades.  He served on over 100 cruises in Europe, South Pacific, South America and several trips to the Caribbean.

Adolph is survived by his wife of 61 years, Dorothy, sons:  John Pankratz of Bridgman and Paul (Karla) Pankratz; the pride of his life granddaughter Samantha of Stevensville.

To order memorial trees or send flowers to the family in memory of Reverend A.W. Pankratz, please visit our flower store.
Send a Sympathy Card