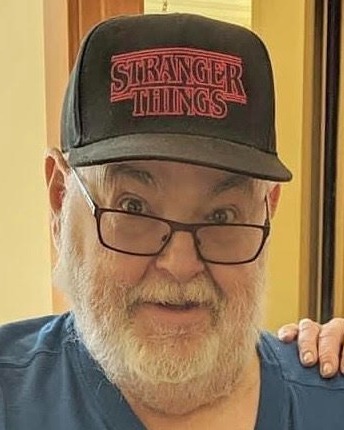 Friends may meet with the family on Tuesday, December 6, 2022 from 5 -7 PM with a time of sharing held at 6:30 PM at Pike Funeral and Cremation Services, The Boyd Chapel, 9191 Red Arrow Hwy, Bridgman. Memorial contributions may be made to the Bridgman Athletic Department, 9964 Gast Road Bridgman, MI 49106. Online condolences accepted at www.PikeFH.com

Richard Fodor was born in the Upper Peninsula community of Iron River in July of 1947, the son of the late Norman and Laverne (Greenwood) Fodor. He attended Iron River schools and graduated from Iron River School in 1965. He attended Michigan State University and received his teaching degree from MSU in 1969 and his Masters from Western Michigan University in 1975. On December 18, 1971 he married Theresa Long and they shared 50 years together.

Dick found a place he loved and stayed there for his entire career; this place was Bridgman, Michigan. He influenced the lives of literally thousands of children and families over his 34 years in the classroom and on the fields, floors, and tracks at Bridgman Schools.

During his 34 years at Bridgman, Coach Fodor taught middle school science, mathematics, language arts, and social studies, was a national tester for science curriculum and an educator of Michigan science teachers. He also was a MEA and NEA representative and did summer work as a school custodian. Certainly, his heart and soul was in the Bridgman community.

In 1981, Coach Fodor became the head football coach and retired from that position in 1990.

Coach Ivan Muhlenkamp hired him to coach St. Joseph JV football from 1990-2000. Then once again, he became head coach at Bridgman High School for two years.

In 1998, he entered the Michigan High School Football Coaches Association Hall of Fame and was the 2008 Crawley award winner.

To order memorial trees or send flowers to the family in memory of Richard Norman Fodor, please visit our flower store.