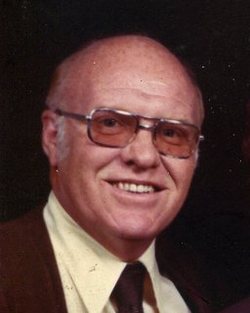 Richard “Dick” Lew Silverthorn, 83, of Baroda passed away Saturday, April 5, 2014 at his home surrounded by and in the care of his family.

Dick was born January 12, 1931 in Benton Harbor the son of the late Joseph “Joel” and Anna (Smith) Silverthorn. On June 9, 1972 he married Joan Vanderboegh and together they shared 41 years of life and love. He was a middle school teacher with the Berrien Springs Public Schools, retiring in 1992 after 30 years of service. Dick was a US Air Force veteran where he served during the Korean Conflict from 1951 -1955. Dick and Joan are members of Stevensville United Methodist Church.

Dick was also preceded in death by a brother - Robert Silverthorn.

To order memorial trees or send flowers to the family in memory of Richard Silverthorn, please visit our flower store.
Send a Sympathy Card