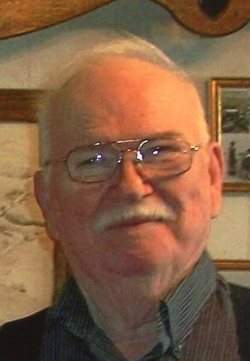 Richard’s passion was owning and operating the Silver Spoon of Baroda with his family for 21 years.

Friends may meet with the family from 5-8 PM Thursday, March 2, 2017 at the Boyd Chapel of Pike Funeral and Cremation Services, 9191 Red Arrow Highway, Bridgman. Private family burial will be in Ruggles Cemetery, Baroda. Memorial contributions may be made to St. Jude’s Children’s Research Hospital, 501 St. Jude Place, Memphis, TN 38105.

Richard was born May 2, 1934 in Grand Haven, Michigan, the son of the late Emily Tysman. On March 12, 1954 he married Jacqueline Elma Fisher and they enjoyed over 58 years together before Jackie passed away on November 26, 2012.

Richard was also preceded in death by his grandson: Brian Tysman; 2 infant great grandsons; and a sister: Betty Clover.

To order memorial trees or send flowers to the family in memory of Richard Tysman, please visit our flower store.