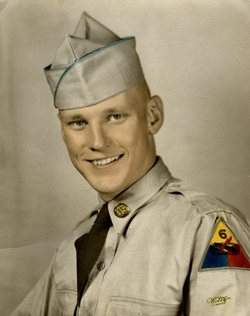 
Richard Leonard Weich, 82 of Baroda, passed away at his home on September 2, 2016 surrounded by his family and his loving, caring wife. He is now at peace with his Lord and in heaven with family members who passed before him.

Richard was so grateful for the care and support he received from his wife and family during his long journey. He served in the U.S. Army from 1955-1957, during the Korean Conflict. Upon his return home he married Bonnie L. Backus on November 1, 1958. They shared 57 years together raising three children. He joined Clark Equipment and worked in Benton Harbor for 26 years. In order to complete his years for retirement the family moved to North Carolina in 1984 and lived there until 1987. After retirement from Clark’s he moved back to Michigan where he worked for the Village of Baroda with his good friend Leonard “Bubber” Krone.


Funeral Services will be held at 11:00 AM on Wednesday, September 7, 2016 at Trinity Evangelical Lutheran Church of Glendora, 1733 Glendora Road, Buchanan, with Reverend Jonathan Liebich officiating. Friends may meet with the family from 5 -7 PM Tuesday at Pike Funeral and Cremation Services, The Boyd Chapel, 9191 Red Arrow Highway, Bridgman. Burial will take place at Ruggles Cemetery, Baroda. Memorials may be given to the church. Online condolences accepted at www.PikeFH.com.

Richard was born August 18, 1934 in Bridgman, MI to Adolph and Alvina (Zacha) Weich. Richard was a loving, caring, and generous son, husband, father, grandfather, great grandfather, brother, uncle and a friend to many. He was a member of Trinity Lutheran Church of Glendora.


Richard had a variety of knowledge, talents and abilities. In his early years after returning from the service he built homes with his father – including the first home that he shared with his wife and young family. His construction abilities allowed him, with the help of his friend Paul Rennhack to build his first boat which is still being used today. In 1964 the family purchased a farm. There he spent many years extensively remodeling the family home, farming the land and rebuilding trucks, tractors and equipment. He shared his knowledge and lifelong values with his children and grandchildren. He played an influential part in their lives and attended their many activities that they participated in. Richard loved his family dearly and enjoyed spending time with them and friends. His greatest pleasures were his children and grandchildren.


Throughout the years he took many wonderful vacations with family and friends; including Hawaii, Texas, Out West, Florida, a train trip to Washington and Up North. Richard enjoyed the outdoors including hunting and fishing. He took many trips to the U.P. where he owned the “The Three Keg Camp” with his brothers-in-law Hetz Backus, Aryln Schmaltz and Mike Backus. There he shared good times, laughter and made many memories spending time at the pink cabin.


Richard was preceded in death by his parents; a brother, Larry Weich and two sisters: Berta Elsner and Adeline Kuball.

To order memorial trees or send flowers to the family in memory of Richard Weich, please visit our flower store.