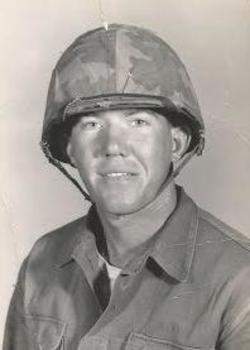 Funeral Services will be held at 11:00 AM on Thursday, November 19, 2015 at Pike Funeral Home, Boyd Chapel, 9191 Red Arrow Highway, Bridgman. Friends may meet with the family 5-7 PM Wednesday, November 18. at the funeral home. Bob was born December 29, 1941 in Franklin, Ohio the son of the late Lee and Mildred (Sexton) Fry. On June 26, 1993 he married Judy Linn Darnell and together they made their home in Three Oaks. Bob retired from the Berrien County Road Commission after 26 years of service. He was a US Marine and a member of the New Troy American Legion, Post 518.

Bob was also preceded in death by a grandson, Joshua Fox in 1997. Join us here for the live-streamed funeral service on Thursday, November 19, 2015 at 11am EST.

To order memorial trees or send flowers to the family in memory of Robert Fry, please visit our flower store.