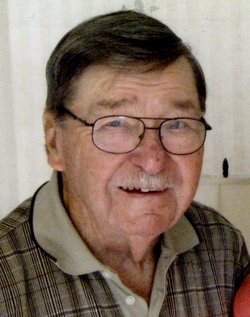 Funeral Services will be held 11:00 AM, Tuesday, August 9, 2016 at Pike Funeral Home, Boyd Chapel, 9191 Red Arrow Highway, Bridgman, MI., with Reverend Christopher Noffke officiating. Visitation will be held from 10 - 11 AM Tuesday at the funeral home prior to the service. Burial will be in Hickory Bluff Cemetery, Stevensville. In lieu of flowers, memorial contributions may be made to the Alzheimer's Association, 564 S. Main Street, Suite 200, Ann Arbor, MI 48104-2870.

Bob was born November 26, 1923 in Chicago, the son of the late Ronald and Mamie (Lonto) Raade. In his early childhood, Bob was raised in the Copper Country, Gay, Michigan and then went on to graduate from the Detroit Cass Technical High School. On October 26, 1946 he married Martha “Marti” Lahti and she preceded him in death on August 17, 2014. Robert served his country in the US Army Air Corp. He was the branch manager of the Detroit IBM office and involved in the training and service during the introduction of the selectric typerwriter. Bob was an avid golfer and proud of his one and only hole- in-one. He traveled often, and took cruises with his family. Bob enjoyed his yard and the art of landscaping. He was a member, elder, and usher of St. Paul’s Lutheran Church in Trenton, MI.

Bob was also preceded in death by his step-mother: Martha.

To order memorial trees or send flowers to the family in memory of Robert Raade, please visit our flower store.