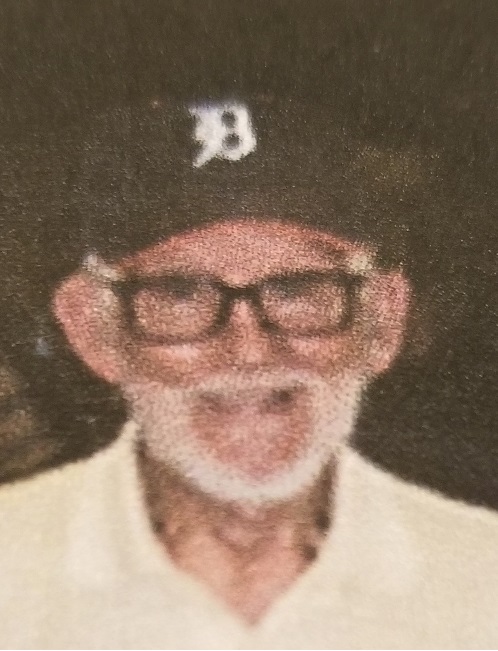 Ronald “Max” Brewer was born June 18, 1929 in Whitetop, Virginia, the third child of Ola Miller Brewer and Arthur Brewer. Older brothers were Denver and Guy Brewer, and younger sisters were Delores Brewer Going and JoAnn Brewer Saunders. Their father was drafted into the US Navy and during that time his family lived in a succession of small West Virginia mining towns, before settling in Sophia, West Virginia where Max graduated from High School in 1949. After school and during the summers, Max worked learning movie theater operation at the Beckley WV Open Air Theater and the Belpre OH Drive-In Theater. After graduation he enlisted in the US Air Force and took basic training in San Antonio, Texas. Max was assigned to Sheppard AFB in Wichita Falls, Texas as operator of the Technical Training Wing Film Library, until completing his four year tour of duty, with the rank of Staff Sergeant.

During a visit to the home of his best Air Force buddy, Louis Andree in Muskegon, Michigan, he met and in 1952 married his wife, Janice Goodrich of nearby Ravenna. In 1954 they celebrated the birth of their son, David Michael.

After separation from the Air Force he sought additional training at Coyne Electrical Institute in Chicago. Before graduation he added another lifelong interest, golf, to his other hobbies: movies, cars, and travel. In 1955 he joined a small but growing electronic kit business in Benton Harbor, Michigan known as Heath Company, and by his retirement 35 years later, this little business had become a major phenomenon from simple electronic test instruments to military grade computers. During those years he added to his knowledge by attending courses at the newly formed but growing Benton Harbor Community College  (now Lake Michigan College). Of course he was part of the Heath Golf League for most of those years.

After retirement, Max and Jan spent winters in Melbourne, Florida where several of his family members lived year-round. He could watch shuttle lift-offs from his backyard and on one memorable occasion, viewed a successful live night lift-off from the NASA installation on Cape Canaveral. Naturally, he also found time to play golf on occasion on a course boasting live alligators in the water holes. He enjoyed traveling to Canada, New England, Alaska, Hawaii, Mexico, and through the Panama Canal to Australia and New Zealand. He also enjoyed an unforgettable Honors Flight to Washington D.C. as a guest of the Michigan Talons Out organization in September 2018 - accompanied by his son David who is also an Air Force Veteran.

The Brewers returned to Michigan full time in 2016 when Max’s health became a primary consideration and he passed the golf torch to his long time partner and dear friend, Jerry Metz of St. Joseph. Max passed away at Hanson Hospice Center on Monday, June 10, 2019. Burial will be in Ruggles Cemetery, Baroda.

He was preceded in death by his parents, brothers: Denver and Guy; sister: Delores Going; and Air Force buddy: Louis Andree.

A memorial services will be announced later. Memorials may be made to Hospice at Home, 4025 Health Park Lane, St. Joseph, MI 49085 or any charity of the donor’s preference.

To order memorial trees or send flowers to the family in memory of Ronald Brewer, please visit our flower store.
Send a Sympathy Card