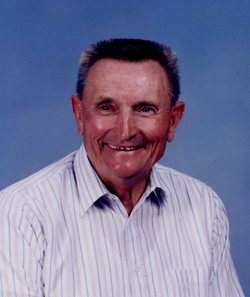 Ron was born June 8, 1929 in Benton Harbor, the son the late Albert and Marie (Gnodtke) Schaffer. He was a faithful servant of Christ, an obedient son to his parents, and a loving sibling to his sister and three brothers. He was a die-hard fan of the Chicago Cubs and enjoyed handicapping races at the horse track.

Ron’s impact may best be defined by his role as “Uncle Ron”. Ron was the biological uncle to 9 nephews and 2 nieces, but he was also “Uncle Ron” as mentor and friend to hundreds of local athletes. A conservative estimate has Ron attending at least 2,250 basketball and baseball games as either a head coach, asst. coach, or statistician over 61 consecutive seasons between 1956 and 2017. “Uncle Ron’s” fist-bumps, hand-shakes, and words of encouragement from the sidelines were an inspiration to all and made him a beloved member of every team that he was associated with.

Ron was a former New Troy High School athletic standout. After high school, he attended Benton Harbor Junior College (which later became Lake Michigan College) and was a member of the Benton Harbor Junior College (BHJC) Men’s Basketball team during the 1949-50 season, before leaving school to serve in the U.S. Army from 1951 to 1953. Ron returned to BHJC and was a member of the national 4th place basketball team in 1953-54.

He started his coaching career as the varsity boys basketball coach at Baroda High School in 1956. He went on to serve as the athletic director and head basketball and baseball coach at Bridgman High School, and advanced to the boys basketball state semi-finals in 1960. He also coached at Lake Michigan College, Berrien Springs, River Valley, and Sawyer Trinity Lutheran School. Ron was inducted into the Basketball Coaches Association of Michigan Hall of Honor in 2007 and the Lake Michigan College Athletic Hall of Fame in 2010.

Ron also spent 30 years as a secondary level social studies teacher before retiring in 1986. He was the first director of the River Valley Community Schools Adult Education Program and also worked with Lake Michigan College to bring evening classes to the River Valley campus. He is also a published author of the book “Center of the World on the Move”.

Ron was also preceded in death by his brother, Robert Schaffer; a brother-in-law, Ronald Germain; and a sister-in-law: Lillian Schaffer


Military Rites of Burial and Committal

To order memorial trees or send flowers to the family in memory of Ronald Schaffer, please visit our flower store.