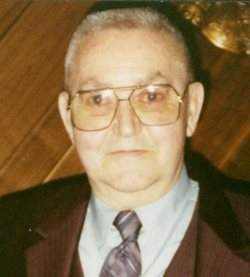 Cremation has taken place and no services are scheduled at this time.

Russ was born July 31, 1926 in Three Oaks the son of the late William “Henry” and Mamie (Windmill) Horner. He was a veteran of the US Navy. On October 9, 1965 Russ married the former Marilyn Dejanovich. He had been a Supervisor at Central Transport in New Buffalo.

He was preceded in death by a granddaughter, Amanda Stevenson; one sister, Marjorie Pollington; and four brothers – William, Floyd, Kenneth, and Irving Horner.

To order memorial trees or send flowers to the family in memory of Russell Horner, please visit our flower store.