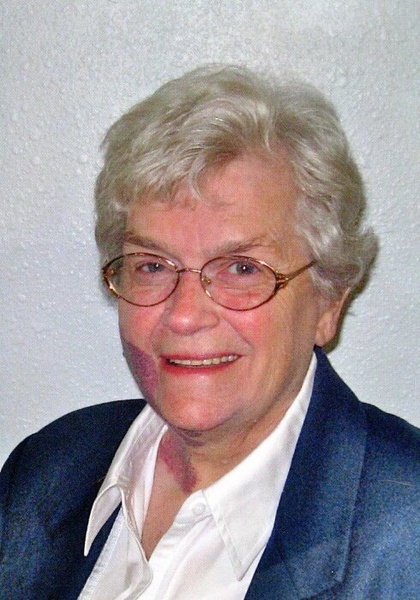 Sally Ann Mettler, 78 of Stevensville, died of terminal cancer on Friday evening in her home under the watchful eye of ladies from Anchor Church of God.

A memorial service will be held at 11 AM, Tuesday April 6 2021 at Anchor Church of God , 5020 Cleveland Ave with Pastor Marc Danapilis officiating. Friends may meet with the family from 10 – 11 AM prior to the service. In lieu of flowers, donations may be made to the Berrien County Cancer Services, 3900 Hollywood Rd, St Joseph, MI 49085. Online condolences accepted at www.PikeFH.com.

Sally was born October 22, 1942 in Beresford South Dakota, the second child of Herbert and Vergie (Violet) Fickbohm. The Great Depression caused hardship on many families in the Dakotas and the Fickbohm's moved onto W. Cedar Street in Vermillion South Dakota. Her surviving older brother Herbert, moved into the family home after the death of their parents.

Sally Ann graduated from the Vermilion High School in 1960 and married Harlan Mettler, where they both attended the Lutheran church, on December 17, 1960. That December, Harlan and Sally Ann traveled to Sacramento, California where Harlan accepted a job. In February of 1963 Sally gave birth to her first son, Mark. In 1964 they moved to Folsom, California where Harlan worked for AeroJet, a NASA contractor for the Apollo projects. While in Folsom, Sally gave birth to her second son Clinton in 1965. In 1969, at the end of Apollo project the Mettler family moved to Lodi California. During their time there, Sally became involved in several different arts programs, from knitting and crochet to oil paintings and toll painting. In 1976, the Mettler relocated to a small farming town in North Central Iowa where Harlan and Sally Ann both worked for Winnebago in Forest City. During the 1970's economic downturns Sally Ann went on to work as an advertising writer for a local radio station and this is where the approval of her writing skills blossomed her further interests in a lifetime involvement in writing. While in northern Iowa Sally Ann became involved with the Amish to learn and later teach quilting, hardanger embroidery, needle point and calligraphy.

In 1980 the Mettler's were once again relocated to Davenport, Iowa. Soon both sons left home and began service in the US Army. In 1986, Sally Ann and Harlan relocated to St. Joseph where Harlan worked for Gast Manufacturing until his death from liver cancer in 2012. During her years in St. Jospeh, Sally Ann served as the activities director for St. Joseph - Lincoln Senior Center as well as frequently volunteering in both church and community activities.

Sally Ann loved many arts that required working with others like quilting clubs, sewing circles, toll painting, bird watching, all which allowed her to share her love for Jesus with others. Her love for others and her cats were driving strength for her daily activities.

To order memorial trees or send flowers to the family in memory of Sally Mettler, please visit our flower store.