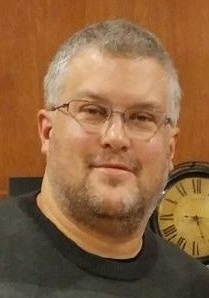 
A funeral service will be held at 10:30 AM, Saturday, May 11, 2019 at the Boyd Chapel of Pike Funeral and Cremation Services, 9191 Red Arrow Hwy, Bridgman, with Reverend David Hills officiating. Burial will be in Hickory Bluff Cemetery, Stevensville. Friends may visit with the family from 4-8 PM Friday, May 10, at the funeral home. Memorial contributions may be made to Honor Credit Union for the benefit of the kids, Stevensville Member Center, 5960 Cleveland Avenue, Stevensville, MI 49127. Send flowers to the family and online condolences accepted at  www.PikeFH.com.

Scott was born Saturday, May 25, 1974 in Logansport, Indiana, the son of Stanley and Nancy (Litton) DeHaven. On July 27, 1996, Scott married Angela Propes. Scott worked at the D.C. Cook Nuclear Plant since 2013. He had also worked at CQS Innovations, Benton Harbor.  He was a 1992 graduate of Logansport High School and Purdue University in 1997. Scott loved to fish, hunt for mushrooms, and camping. He coached the kids football teams and enjoyed watching his boys play Lakeshore Lancer football. Scott loved taking his daughter shopping and teaching her to drive. Scott loved spending time with his kids, taking them to the movies when Angie was working. He was an avid Cubs fan and anything NFL including the Chicago Bears and the Indianapolis Colts but most of all he was all in for Purdue Basketball.

To order memorial trees or send flowers to the family in memory of Scott DeHaven, please visit our flower store.