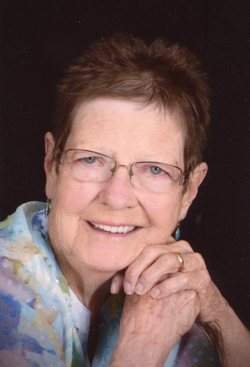 
Sharon’s life began on April 11, 1933 in Elkhart, Indiana. Born to Wilford Maurice Wiser and Florence (Pugh) Wiser. Sharon graduated from Elkhart High School in 1951. She was employed by CTS Corporation in Elkhart which is manufacturer of automobile and industrial parts. Sharon met Ray Humes through mutual friends at a ski club meeting. After Sharon promised Ray that their future could include the boat that he and the kids had always wanted, the two were married on July 27, 1974 and spent 42 joyous years together.

Sharon was passionate about many things in her life, but her efforts always centered around caring for others. During her 37-year career at CTS Corporation she was committed to hard work and leading through actions not words. Unhindered by being a female in a “man’s job,” she earned the respect of those around her with her tenacity, work ethic, and positive attitude. Additionally, Sharon and Ray volunteered together for sixteen years with the Edwardsburg Ambulance Service working tirelessly to provide aid and comfort to members of their community. The job was physically and emotionally challenging but the rewards were tremendous for both Sharon and Ray and for the people they served. Sharon also volunteered for the Special Olympics in Elkhart County and enjoyed sponsoring and corresponding with international children through various anti-poverty charities.

Among the most grateful recipients of Sharon’s love and kindness were her family, her husband Ray, eight children, twenty-four grandchildren, and sixteen great-grandchildren. She was a devoted mother and wife. Sharon modeled courage and character for her family as a spouse, parent, professional, and volunteer. She pushed her children to set and strive for ambitious goals, to practice respect for others and to try to make a difference every day.

Sharon’s achievements are notable in their own right, but even more so considering the serious health conditions she endured throughout her life. Despite battling cancer three separate times beginning at age 42 and struggling with heart surgeries, knee replacements, COPD and arthritis as she grew older, Sharon always maintained the charm, generosity and sense of humor that she was known for. Toward the end of her life, Sharon’s mind was as sharp as ever and she kept her family on their toes with her witty comments and conversations.

In a world full of selfishness, Sharon was a shining example of love, compassion and encouragement, which she offered freely to those around her. She lived her life with conviction and enthusiasm only to spread the joy at every opportunity. All of us who were blessed to know her are thankful to God for her wisdom and influence in our lives, and will cherish the many happy memories Sharon has given us.

We will miss you each and everyday!

Sharon was also preceded in death by sons-in-law: Tony McIntire and Walter Lubarsky.

A Memorial Mass was held 11 AM Saturday, January 21, 2017 at Our Lady Queen of Peace Catholic Church, 3903 Lake Street, Bridgman with Father Arthur Howard as celebrant. Friends met with the family on Saturday from 10 - 11 AM at the church prior to the service. Burial was in Graceland Cemetery. Memorial contributions can be made to the church.


Memorial Donations Memorial donations can be made to:
Our Lady Queen of Peace Catholic Church, 3903 Lake Street, Bridgman, MI 49106

To order memorial trees or send flowers to the family in memory of Sharon Humes, please visit our flower store.