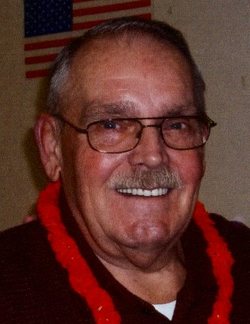 A memorial service will be held 11 am Friday, March 11, 2016 at Pike Funeral Home, Boyd Chapel, 9191 Red Arrow Highway, Bridgman with Reverend Christopher Noffke, officiating. Friends may meet with the family from 10 - 11 am prior to the service at the funeral home. Memorial contributions may be given to the Humane Society of SW Michigan, 641 S Crystal Ave, Benton Harbor, MI 49022. A live stream of the funeral service may be seen below at 11 am Friday.

Steve was born September 23, 1945 in Allegan, Michigan the son of the late George and Ellen (Morris) Bell, Sr. Gus was a 1963 graduate of Benton Harbor High School where he played football and met is sweetheart Carole. Steve served in the US Army MP Corp. for 17 years with duty stations in Germany, Korea, Turkey and Panama.
He loved playing computer games with friends and family and was an avid Detroit Tigers and Lions fan.

Survivors include his wife of 51 years, Carole; son: Scott Bell of Dresden, Germany; grandchildren: Danica, Jessica, Kimberly and Paula; great grandson: Maxim Rothgerber; brothers: George (Maryjane) Bell, Jr., Richard (Pamela) Bell both of Niles and Jon (Doreen) Bell of St. Joseph. Steve will be missed by all of his family and friends and especially his cats, Lil’ Bit and Whiskers.

Steve was also preceded in death by two brothers, Rodney and Scott and sister , Lisa Burns.

To order memorial trees or send flowers to the family in memory of Steve Bell, please visit our flower store.
Send a Sympathy Card