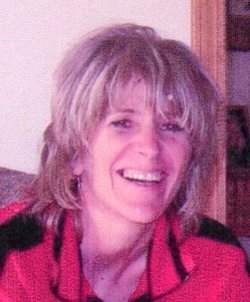 Susan Paulette Germain, 61, of Sawyer, passed away on Thursday, December 15, 2016 at Lakeland Regional Medical Center in St. Joseph surrounded by her loving family.

Funeral services will be held 11 AM Tuesday, December 20, 2016 at Trinity Evangelical Lutheran Church, 5791 Sawyer Road, Sawyer with Reverend Randy D. Lett officiating. Burial will be in Riverside Cemetery, Three Oaks. Friends may meet with the family on Monday from 5 - 7 PM at The Boyd Chapel of Pike Funeral and Cremation Services, 9191 Red Arrow Highway, Bridgman. As an expression of sympathy, memorial contributions may be given to The National Multiple Sclerosis Society, 21311 Civic Center Drive, Southfield, MI 48076.

Susan was born March 23, 1955 in Spartanburg, South Carolina, the daughter of the late Grady and Gladys (Wheeler) Fletcher. On October 26, 1974 she married Terry R. Germain. Susan enjoyed life, especially drawing, painting and cake decorating. She also loved the outdoors and often camped, went deer hunting, and took the jeep out on the trails. But Susan’s greatest love was spending time with her grandchildren. She worked at Lakeside Manufacturing and was a member of Trinity Evangelical Lutheran Church in Sawyer.

Tuesday December 20, 2016 at Riverside Cemetery Share your thoughts and memories in the guestbook.

To order memorial trees or send flowers to the family in memory of Susan Germain, please visit our flower store.