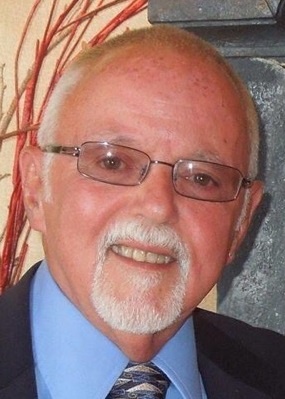 A funeral service will be held at 11 AM, Monday, August 3, 2020 at the Boyd Chapel of Pike Funeral and Cremation Services, 9191 Red Arrow Highway, Bridgman. Friends may meet with the family on Monday from 10 AM until the time of the service at the funeral home.  Burial  will be in Hickory Bluff Cemetery, Stevensville. In lieu of flowers memorial contributions may be made to the Berrien County Cancer Service, 3900 Hollywood Road, St. Joseph MI 49085 or the Special Olympics, Area 17, 29000 64th Ave, Lawton, MI 49065. Live stream of the service and online condolences accepted at  www.PikeFH.com.

Terry was born September 19, 1946 in Kalamazoo, the son of the late Herve' and Eleanor  (Betz) Laurin.  He graduated from Loy Norrix High School in 1964 and served in the US Navy.  On April 8, 1967 he married his high school sweetheart, the former Marilyn Miller.  Following his service during Vietnam, he returned to Western Michigan University and received a Bachelors Degree in Accounting.  In 1975 Terry and Marilyn moved to Stevensville. He retired from  Brammall Industrial Supply, Benton Harbor in 2015.  Terry was a member of the Lakeshore Rotary and charter member of the Benton Harbor Sunrise Rotary Club.  He enjoyed golf, bowling, reading, and spending time with family and friends.

Survivors include his wife of 53 years, Marilyn; two children – Lisa (Dale) Woodin and Kevin (Cory) Laurin; four grandchildren – Emily and Sarah Woodin, Katelyn and Mason Laurin, along with their mother Jenifer Dura Laurin; and a sister, Barbara (Gary) Hughes and many nieces and nephews.

Terry was preceded in death by a brother Larry Laurin.

To order memorial trees or send flowers to the family in memory of Terry Laurin, please visit our flower store.