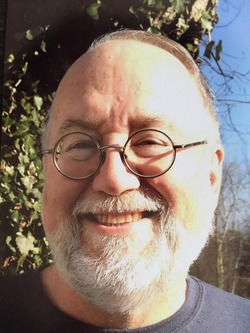 Terry, an only child, was born on June 13, 1947, in St. Joseph, to his fabulous parents Herbert and Mildred (Lange) Pfliger of Baroda. He obtained his Masters degree from the Western Michigan University in 1970, and went on to have a distinguished career as a professional artist with numerous art exhibits in Ontario and Michigan. In addition, Terry was a memorable educator at St. Lawrence College, Kingston, Ontario, and Southwestern Michigan College, Dowagiac, where he retired as a Professor Emeritus.

Although a public viewing, service, and burial will not take place as per Terry's request, a video comprised of many treasured pictures can be seen above. You can also leave a message of condolence and sign the online guest book here. Memorial donations may be made to your favorite art program or any public library.


your favorite art program or any public library

To order memorial trees or send flowers to the family in memory of Terry Pfliger, please visit our flower store.
Send a Sympathy Card