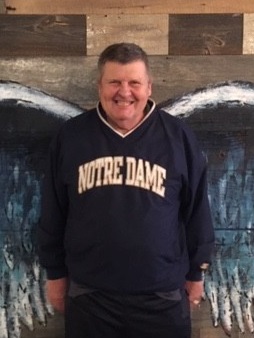 Theodore Clyde Hartline, of Buchanan, Michigan, passed away unexpectedly on March 2, 2020 at his home in Buchanan. He was 66.

Ted was born on April 10th, 1953 in Saint Joseph, Michigan to Clyde and Francis. He was preceded in death by his mother Frances, father Clyde, and his sister Vicki Lee Hartline.

Although never boastful, Ted was a natural athlete who excelled at any sport he participated in. During high school, Ted played quarterback on the Bridgman High School Varsity football team as well as playing on the baseball, and basketball team. In his later years, Ted retained his love of sports and could be found most nights on the courts at Red Bud Fitness and Lifestyle Center in Buchanan, spending countless hours playing pickleball with his closest friends.

It was on July 20, 1973 that Ted married the love of his life, Denice Louise Barnes - Hartline, and went on to be the father, grandfather, and great grandfather who was known and loved by all. In 1977 Ted started his career at Lake Michigan College and retired as the Supervisor of Building and grounds in 2011

As a “master of the grill,” Ted was happiest when he was on his deck, immersed in the smell of charcoal and surrounded by his loving family. On those rare occasions that Ted wasn’t with family or friends, you could find him at home with his “man’s best friend,” DJ, eating pretzels and sunflower seeds while watching his favorite sports teams on TV. Ted was a life-long fan of Notre Dame football, the Chicago Bears, and the Cubs. During Christmas season–one of Ted’s favorite times of year–he would often be seen sneaking away with freshly baked cookies to fulfill his self-appointed role as taste-tester before taking his place behind his personal bar to serve his family and friends. Each year he would hide the pickle ornament on the Christmas tree as a family tradition.

Ted loved to spend countless weekends with his siblings. Each year they would venture to a new destination on the” Hartline holiday” visiting wineries, breweries, and just spending quality time together as they shared an airbnb while reminiscing about the old times and life growing up on the farm.

Ted was a special person; everyone that had met him loved him, and most considered him their best friend. He will always be remembered as the world’s greatest husband, father, grandfather and great-grandfather. He will be missed and loved by all.

There will be a viewing for family and friends at Pike Funeral Home/Boyd Chapel, on Friday, March 6, between 5PM and 7 PM. Funeral service will be held at the Boyd Chapel of Pike Funeral and Cremation Services, 9191 Red Arrow Highway, Bridgman on Saturday March 7, at 11:00 AM. Ted will be laid to rest at Graceland Cemetery with a celebration of life at Baroda American Legion following the service.

Memorials can be given to the Field of Dreams Dog Park; 501 W. Front Street, Buchanan, MI 49107. Online condolences can be submitted at www.PikeFH.com

To order memorial trees or send flowers to the family in memory of Theodore Hartline, please visit our flower store.
Send a Sympathy Card