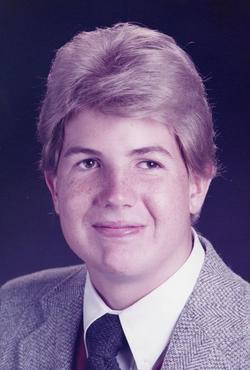 Funeral services will be held 11 AM Friday, April 19, 2013 at Pike Funeral Home, Boyd Chapel, 9191 Red Arrow Highway, Bridgman with Reverend Winston Decker officiating. Burial will be in Riverside Cemetery in Three Oaks. Friends may meet with the family Thursday from 5 - 7 PM at the funeral home. As an expression of sympathy memorial contributions may be given to Woodland Shores Baptist Church, PO Box 731, Bridgman, Michigan 49106.

Todd was born August 11, 1966 in St. Paul, Minnesota, the son of Gerald E. and Kathleen “Nikki” (Ehlenz) Kohn. Todd faced many health challenges throughout his life but always kept a smile on his face and a strong faith in God. Todd was a great sports fan as he enjoyed bowling, The Cubbies, The San Francisco 49ers and The Minnesota Vikings.

Todd was preceded in death by his mother - Nikki Kohn in 1997.

To order memorial trees or send flowers to the family in memory of Todd Kohn, please visit our flower store.
Send a Sympathy Card