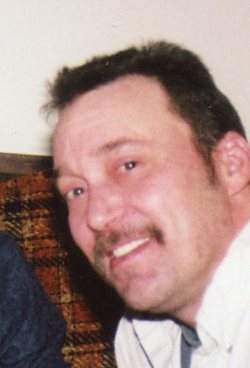 
Tommy Geisler Jr., 50, of Stevensville passed away Sunday, October 2, 2016 at the Hanson Hospice Center in Stevensville.

A graveside service will be held 11:00 AM, Wednesday, October 5, 2016 at Hickory Bluff Cemetery, 4290 Cleveland Avenue, Lincoln Township. Memorial contributions may be given to Hospice at Home, 4025 Health Park Lane, St. Joseph MI 49085.

Tommy was born April 27, 1966 in St. Joseph, the son of Tommy and Sharon (Paulsteine) Geisler, Sr. Tom worked with his dad at Tom’s Tile Service in Stevensville.

Tommy was preceded in death by his father, Tommy Geisler, Sr. in 2014.

To order memorial trees or send flowers to the family in memory of Tommy Geisler, Jr, please visit our flower store.