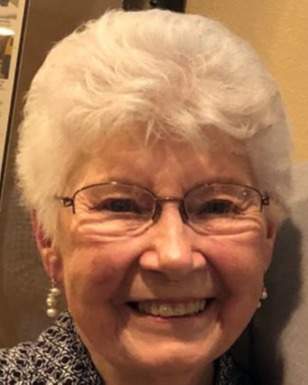 A funeral service will be held at 11:00 a.m., Friday, September 9, 2022 at Pike Funeral and Cremation Services, Boyd Chapel, 9191 Red Arrow Hwy, Bridgman, with Reverend Vicky Blough, officiating. Friends may meet with the family from 10 AM – 11 AM on Friday at the funeral home, prior to the service. Burial will be in Ruggles Cemetery, Baroda. In lieu of flowers, memorial contributions may be given to St. John’s Lutheran Church, 9137 Cleveland Avenue, P.O. Box 67 Baroda, MI 49101. Online condolences accepted at www.PikeFH.com.

Val was born August 14, 1930 in Fond du Lac, Wisconsin, the daughter of the late Ernst and Ella (Schumacher) Potratz. On August 18, 1951, she married Roland Belanger who unexpectedly passed away in 1978. On September 24, 1984, she married Chester Leland Nitz who proceeded her in death in 2021. She was a faithful member of St. John’s Evangelical Lutheran Church.

She was born a Wisconsin farm-girl and upon marrying Roland she assumed the role of the Pastor’s wife, which took her across the country, beginning in Iowa, then on to South Dakota, Colorado, Oregon, Illinois and finally finding home in Baroda, Michigan. She loved being a homemaker and tending to her children. When Roland passed, the challenges were many; getting a driver’s license for the first time (at 38), and a job all the while trying to guide three teenage boys through life. Her life with Chet was filled with travel adventures, fun with the grandchildren and spending winters in Florida. She especially enjoyed the trips with Ken and Ginger Nitz on their boat.

To order memorial trees or send flowers to the family in memory of Valeria "Val" Alice Nitz, please visit our flower store.